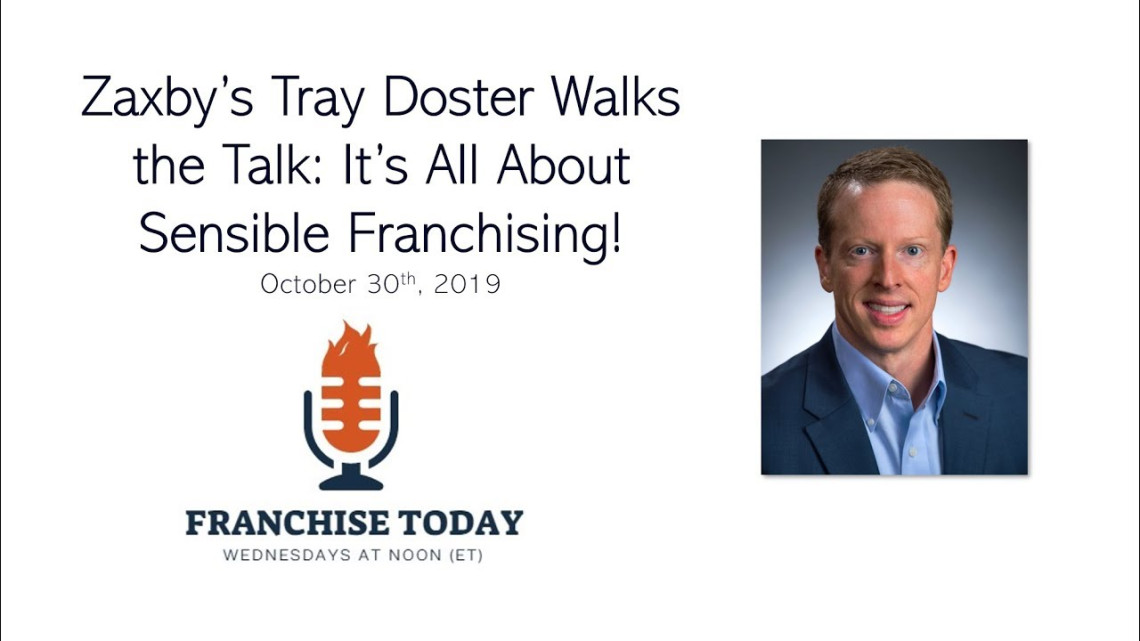 Tray Doster is Director of Franchise Sales for Zaxby’s Franchising LLC and Chairman of the Board of the Southeast Franchise Forum, IFA’s Franchise Business Network affiliate, in Atlanta, GA. Tray has been with Zaxby’s since 2007 joining the brand at the 325 restaurants open mark and has contributed directly with moving that high water mark to now more than 900 open and operating units.

Prior to his current role as Director of Franchise Recruitment, his responsibility was split between franchise development and real estate/site selection. Tray earned his IFA Certified Franchise Executive designation in 2014 and has been an active and participating member of the Southeast Franchise forum for more than 10 years, prior to assuming his leadership role as Chair.

Tray Doster is one of the nicest people on the planet, much less in franchising and finds his happiness, in doing service for others. Tray delivers on that right here, on Franchise Today!