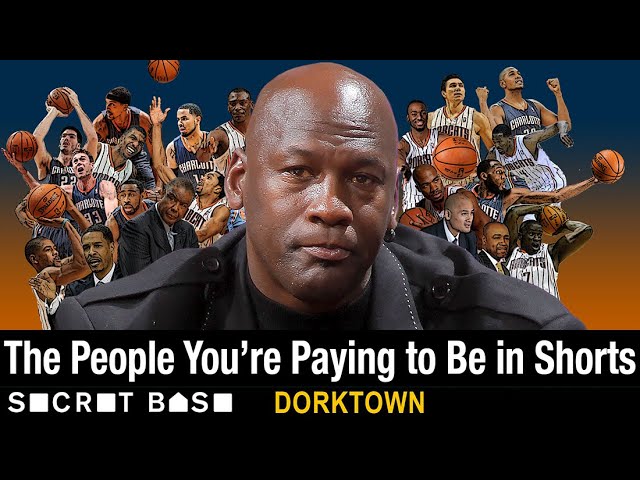 The People You’re Paying to Be in Shorts | Dorktown

It’s 2011. For Michael Jordan, the year ahead will be a very strange one. Once a player who could seemingly deliver championships through sheer force of will, the owner of the Charlotte Bobcats is finally developing the one skill he had always denied himself: patience. Nothing about that is easy, and nothing about the lovable, unforgettable 2011-2012 Bobcats will be easy. But as much as he despises losing, Mike has always seemed to love the struggle.

Dorktown presents THE PEOPLE YOU’RE PAYING TO BE IN SHORTS, a new feature-length documentary from Secret Base. Director Jon Bois and producer Alex Rubenstein wrote and narrated this one alongside Seth Rosenthal and Kofie Yeboah.

Rights specialist: Lindley Sico
Secret Base executive producer: Will Buikema
Secret Base managing editor: Ryan Nanni
Most stats found via Stathead (basketball-reference.com)
A couple of goofs to point out:
1:02:50 – Typo in the citation. Wright Thompson’s profile of Michael Jordan was published on February 22nd, 2013.
1:32:47 – The Bobcats were separated from the next-worst team by five wins, not five losses.