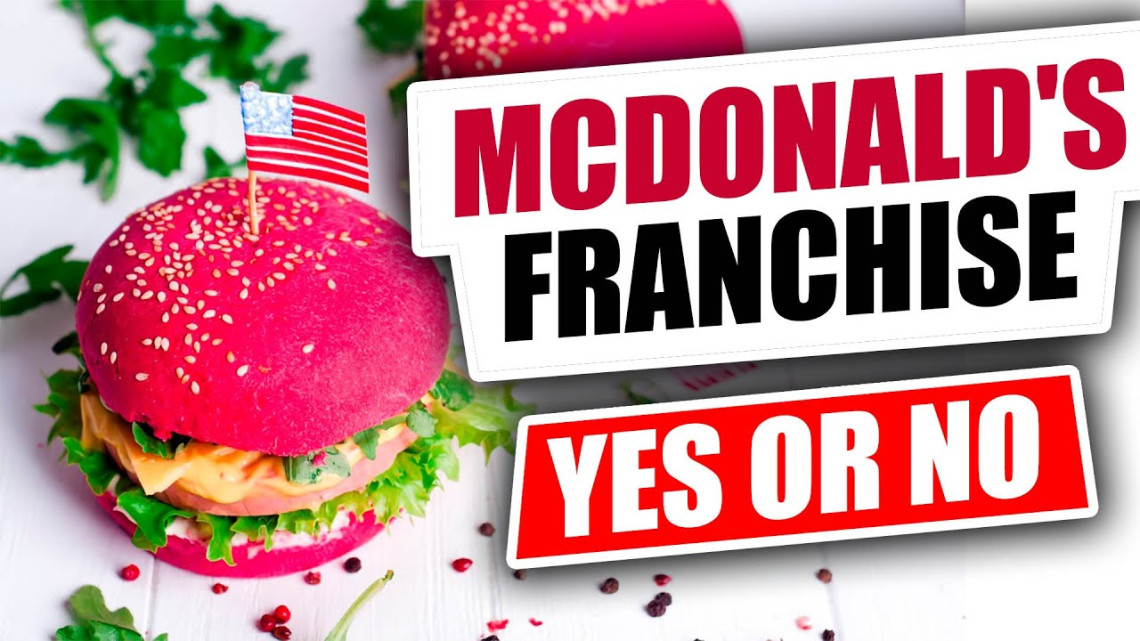 Top 3 Reasons to NOT buy a McDonald’s Franchise

Taken from their 2017 franchise disclosure documents the total investment required to buy a McDonald’s franchise is $1,008.000 to $2,214,080. A lot of people see that the franchise fee for a McDonald’s is only $45,000 and assume that is all you need but that is absolutely not the case. You will need a minimum of $750,000 in liquid capital, that’s cash, in order to qualify. You are also required to have a very strong background in business, preferably in a managerial or supervisory capacity as you typically will be managing 50-125 employees. If you think McDonald’s is a “sit back while your franchise makes money” type of business think again – taken from their website McDonald’s requires you to actively participate in the business and will not sell to investors, investor groups or corporations.

After buying your store your ongoing fees for your McDonald’s will include a Service fee equal to 4% of Gross sales due on the 10th day of each month. Advertising and promotion is not less than 4% and will vary depending if you are involved in local co-ops. There are other small fees such as licensing and software, and of course your major expenses of rent and staffing. Your monthly base rent will vary depending on the total amount invested by McDonald’s in the acquisition and development of the building and land.

So how much does a McDonald’s store earn? That amount will vary but this chart taken from Bloomberg, sourced from Janney capital markets gives a nice snapshot of a McDonald’s financial scenario. Now these figures are from a few years ago, we know that today from looking at the QSR50 the revenues have actually dropped by about $150,000 since this chart was made, so they are likely even lower today than back in 2012. lets take a look.

We have net sales of 2.7 million in 2012 which appear to have dropped to 2.55 million in 2017. Still pretty decent money right? Subtract your food and paper costs leaves you with about $1.7 million. Pretty solid so far! But hold on there are many more expenses related to running your McDonald’s. Once you back out payroll, taxes, advertising, maintenance, utilities and operating supplies you get down to $761,000. Still not bad right! But hold on you forgot rent, insurance, and other expenses which bring you down to just over $150,000. Now given the fact most executives can earn $150,000 at a job, not having to invest 1.5 million or worry about running a business with dozens of employees, this begs the question of how great of an investment owning a McDonald’s actually is.

Now don’t get me wrong investors that got in early and have prime locations will do far in excess of those numbers. But it’s tough to find a great location anymore with so many stores. Always remember the emerging brands of today are the McDonald’s of tomorrow. As we always say it is critical to get in at the right part of the growth curve not at the tail end, which is where most investors do get in because they see all these locations and think that must mean success. Not the case.

McDonald’s has also had it’s share of challenges financially as a corporation and you can see here taken from their franchise disclosure documents they have closed hundreds of US based stores and hundreds more in other countries over the past 3 years.

Additionally recent surveys of McDonald’s franchisees indicate many are unhappy with how the company is being run.

“The system is broken,” one franchisee said in the survey comments collected by analyst Mark Kalinowski. “There is no leadership, no plan, no respect for operators or their investment bottom line.”

Another said, “Relations between McDonald’s corporations and operators are the worst I have even seen.” Not one franchisee surveyed said the six-month outlook was “excellent.”

So is a McDonald’s franchise a good investment? The trends would indicate that the opportunity is nowhere near their peak in the 80’s and 90’s and it would be prudent to look at several other franchise options before buying a McDonald’s just for sake of comparison. Little bit of McDonald’s history, McDonald’s was started in 1940 by Richard and Maurice McDonald who opened their store in San Bernadino CA. At the time no bank would lend them money, until Bank of America finally extended a loan of $5,000 which started the empire you see today. It wasn’t until 1962 the Golden Arches as we know them today came into use, prior to that the McDonald’s mascot was a hat wearing hamburger called Speedee!

Ashley Taylor of Content Recovery Specialists: A New Franchise Responds to the Growing Need for Cont